Predictive Modeling and Fairness in Machine Learning in CS1

Applications of machine learning, and predictive modeling in particular, are now everywhere: machine learning models diagnose our illnesses; decide whether to extend credit to us; and decide whether to grant us bail. Consideration of algorithmic fairness are coming to the forefront. It is important that the predictive learning models that have an impact on so many people's lives aren't biased with respect to protected characteristics such as race or sex. 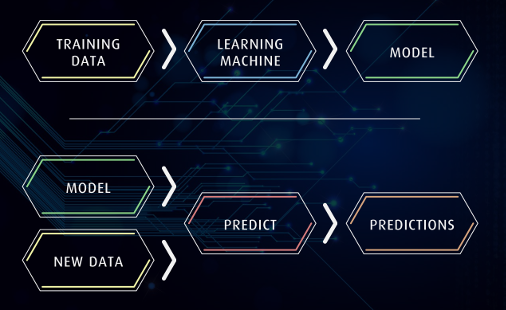 In the criminal justice system in the U.S., risk assessment tools (RATs) are increasingly being used to assess a criminal defendant’s probability of re-offending. RATs use information such as the number of priors as well as questionnaire data from defendants. In 2016, the non-profit journalism organization ProPublica analyzed COMPAS, a RAT made by Northpointe, Inc., to assess whether it was biased against African-American defendants. ProPublica found that COMPAS incorrectly labeled innocent African-American defendants as likely to reoffend twice as often as innocent white defendants. In technical terms, this means the false positive parity measure of algorithmic fairness was not satisfied by the COMPAS system.

In a follow-up to ProPublica's investigation, Julia Dressel and Hany Farid showed in an article in Science Advances (2018) that a score almost equivalent to the COMPAS score can be obtained by using only the defendant's sex, age, and their number of priors. Researchers in the algorithmic fairness community pointed out that the different observational measures of algorithmic fairness cannot in general all be simultaneously satisfied.

We present an assignment suitable for Introduction to Data Science and Introduction to Programming courses where students replicate the findings from ProPublica and Science Advances, and investigate a way to adjust the models they build to make it so that innocent African-American defendants are not mislabeled at a higher rate than innocent white defendants (with only a marginal impact on accuracy). We successfully used the assignment in a class that has no programming or statistics prerequisites.

We have two goals in mind: to reinforce students' understanding of predictive modeling and to teach them important CS1 concepts. It turns out that computing various measures of fairness for a predictive model and adjusting a model's thresholds to achieve a specified criterion of fairness involves programming tasks that are just at the right level of difficulty for mid-to-late CS1.

Predictive modeling is usually not taught in introductory courses. In part, this is because it is traditionally taught in courses that require knowledge of calculus. Another reason is the complexity of working with machine learning libraries, most of which require extensive computing experience.

We believe that predictive modeling and algorithmic fairness can be made accessible to all students. We teach predictive modeling with logistic regression early by treating logistic regression as a black box. For students who are learning Python and Java, we address the complexity of the commonly used machine learning libraries by creating a small number of wrapper functions that the students can use as black boxes. We supply drafts of tutorials covering the usage of those black boxes.

Knowledge of the algorithmic fairness literature is not required to complete this assignment. We give a quick summary of what the students need to know. Links to further resources are provided.

It is fairly easy to show that in general, only one measure at a time can be satisfied for any particular classifier. We refer interested readers to the resources below for details.

Introduction to Data Science and Programming in R

We used the assignment presented here (in R) in an Introduction to Data Science class that has no computing prerequisites. Any practitioner of data science needs to be able to program, and this assignment was designed to help students learn to program. In particular, we reinforce the use of dplyr for processing dataframes and of sapply for repeated computation that is not naturally done on dataframes.

Because we emphasize programming for beginners, we teach a restricted set of R. Experienced R users might find our style not as concise as it could have been.

Python is the most commonly-used language in data science. However, we find that the most commonly used libraries — scikit-learn and Pandas — are not beginner friendly. CS1 courses would struggle to explain the details of those libraries to students. For that reason, we provide a simplified API students can use. Some instructors will choose to use NumPy, making the code for this assignment more concise. We chose to avoid NumPy as well to reduce the amount of dependencies.

We find that for many of the tasks required for this assignment, Python (without NumPy) would be more wordy and less natural. As a simple illustration, in R, we would compute the false negative rate for binary classifier outputs pred and expected outputs y as

Python without NumPy is much wordier. Nevertheless, we think that the tasks in this assignment are representative of good Python exercises for nested lists and loops.

Java (without additional libraries) is not considered to be as well-suited for data science programming as R or Python. Operating on Java arrays is more awkward than operating on Python lists or R vectors. Fixed array lengths, and the lack of vectorization make life more difficult (but of course have their advantages). Data science programming naturally lends itself to writing scripts that run in notebooks (we use Jupyter Notebook for Python and R Markdown for R); such a style is basically impossible in Java: students instead write a program that outputs all the numbers they need.

Our API is meant to address some of those difficulties. Nevertheless, the assignment is more difficult to do in Java than in R or Python.

For the Python and Java versions of the assignment, we encapsulate logistic regression in a learningmachine module/LearningMachine class. The idea is to let CS1 students concentrate on programming and to quickly grasp the idea of a black box that takes in a training set and spits out a model that can make predictions for new data. We hope that avoiding the need to spend several lectures on properly teaching subsets of scikit-learn or Weka will enable CS1 instructors to teach predictive modeling in their course.

Our goal is to make students aware of some of the issues around algorithmic fairness. Algorithmic fairness goes beyond the simple observational measures that the students compute in this assignment, and whole courses can be devoted to it. It is important that students understand that algorithmic fairness is not a mere matter of not using sensitive characteristics such as sex or race as inputs to predictive models, nor is it just a matter of measuring disparities in false positive and false negatives.

In the assignment, we ask the students to adjust the models in order to achieve false positive parity. This demonstrates one way to address some of the issues that arise. However, the assignment should serve as a starting point for a discussion.

Solutions will be made available to instructors who use the assignment.

Please consult the Python and Java tutorial notes below and download the accompanying Java classes.